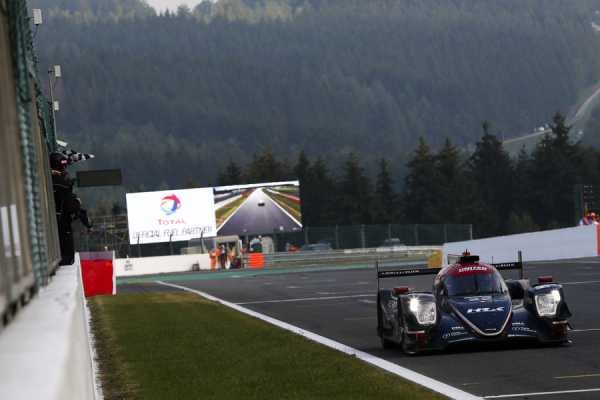 United Autosports will begin their FIA World Endurance Championship title defence next weekend at Spa Francorchamps, Belgium, as the first round of the new season gets underway.

Reigning LMP2 champions, Phil Hanson and Filipe Albuquerque team up with Fabio Scherer in the #22 Oreca 07 for the 2021 season after scoring four wins, six podiums and four pole positions during the 2019/2020 season. Former DTM driver, Fabio joins the team for the first time as he makes his LMP2 and endurance racing debut at the weekend.

The opening round of the season will be held at the historic Spa Francorchamps circuit in Belgium on 29 April -1 May, with the official two-day prologue taking place on the 26-27 April.

“I’m very excited to be returning for my second season of WEC with United. I have high expectations coming in as the reigning LMP2 champion. However, my feet are grounded on the reality that this season’s WEC grid is among the toughest since its inception. I’m glad that the opening round will be hosted at Spa as it’s one of my favourite circuits and has brought me a lot of success in the past couple of years with four victories in my last four races there.”

“It’s time to come back to WEC. It’s going to be an interesting season and even more competitive that last year, more cars for sure. It’s great to be returning with Phil and United especially as champions. Now we have Fabio with us. We have tested with him and he’s a nice guy and fast too. Obviously, he’s starting his journey in endurance, but he has the ingredients to be successful in the endurance world. I’m looking forward to Spa. It’s a track Phil, myself and United have had some great success at in the past so we want to start the WEC the best way and continue our winning streak in Spa. It’s going to be great to be back with United after winning so many titles last year.”

“I have good memories of Spa, so for me as a rookie in the WEC, it’s of course a bit of an advantage when the first race of the season takes place on a track that I already know. Filipe, Phil and I have a clear goal in mind. We want to do the best we can and progress. United Autosports are the reigning champions so we have to do our best in every area, including pit stops and driver changes, which we will be working on. The focus is also on the new Goodyear tyres. I actually got on very well with them during the last test. I’m looking forward to the opening round.”

“I’m looking forward to the opening round of the FIA WEC at Spa. We have been very successful there in the past so we have a lot to live up to. Hopefully we can continue our run of success in Belgium.”

“We’ve got a lot to live up to in WEC this season, but we are under no illusion that the competition this year is going to be tough. It will be good to welcome back Filipe and to be racing with Phil again, and I’m pleased to welcome Fabio to the team as he makes his sportscar debut. He has impressed us in testing so I’m looking forward to seeing how we get on.”

I Bought My First Hypercar!