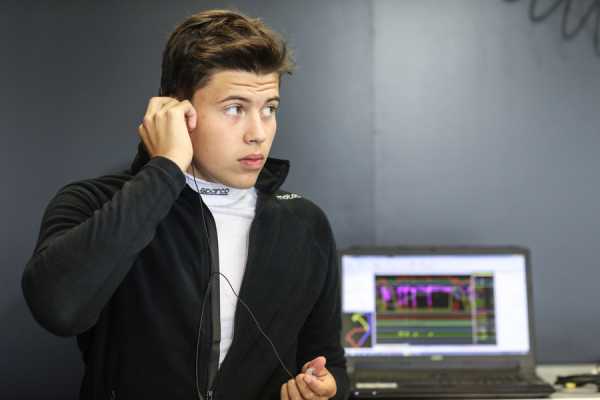 Posted By: Adminon: May 06, 2021In: MotorsportNo Comments
Print Email

United Autosports are delighted to confirm that Niklas Kruetten will join their LMP3 team for the IMSA WeatherTech SportsCar Championship at Watkins Glen and Petit Le Mans.

This year, Niklas is racing for COOL Racing in the European Le Mans Series, where he won the opening round of the season at Barcelona last month. He also raced at the Sebring 12 Hours with WIN Autosport in March. Prior to that, the 18-year-old German driver raced in the 2020 Euroformula Open, scoring five podiums and winning the rookie championship. In 2019 and 2018, he competed in the FIA World Motorsport Games, the Euroformula 3, the ADAC Formula 4, the Formula 4 Italian Championship and the Formula 4 UAE, successfully scoring wins and podium finishes throughout each championship. Niklas is a sponsored athlete of the ADAC Sports Foundation after being recognised for his standout performances in single seaters.

United Autosports will make their LMP3 debut in America at the Six Hours of Watkins Glen in June, along with continuing their LMP2 programme with Jim McGuire. Niklas’ teammates in the Ligier JS P320 are still to be confirmed.

The Sahlen’s Six Hours of the Glen will be held on 25-27 June, with the Motul Petit Le Mans occurring on 11-13 November.

“I am super excited for the opportunity to continue my IMSA WeatherTech racing in the US this year with United Autosports. United is one of the leading endurance racing teams in the world and I am sure that we will be in a position to fight for top results. My journey into prototype racing could not have started any better than with winning the 4 hours of Barcelona in the European Le Mans Series two weeks ago. The goal is to build on that not only in Europe but also in the US.”

“I’m delighted to welcome Niklas to our IMSA LMP3 team. He has an impressive history of racing and I’m sure that will be reflected in his performances with us in America.”

“I’d like to take this opportunity to welcome Niklas to our team as we make our LMP3 debut in America. It is something we have looked at doing and now we feel the time is right to pull something together to compliment the LMP2 team we have out there. Niklas is a great talent, shown by winning the opening round of the ELMS season in Barcelona last month. I’m looking forward to working with him.”