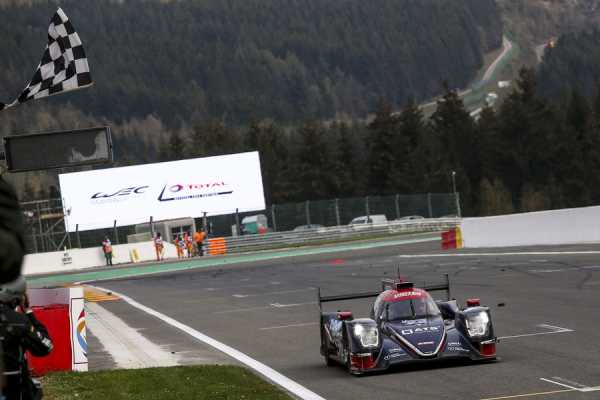 Posted By: Adminon: May 03, 2021In: MotorsportNo Comments
Print Email

United Autosports have won the opening round of the 2021 FIA World Endurance Championship by claiming their fifth FIA WEC win out of the last six races.

Phil Hanson, Filipe Albuquerque and Fabio Scherer brought the #22 Oreca 07 home to take the LMP2 class win after six hours of racing. Starting from pole position, thanks to a blistering lap from Filipe Albuquerque the previous day, Phil Hanson made a fantastic start to pass both Toyota Hypercars on the exit of the first corner to take the overall lead. Although they soon took back lead once again, Phil then scored the fastest lap of the race while managing his tyres perfectly during his first stint, before handing the car over to Filipe in the lead after a double stint.

Filipe took over the car for the next two stints, before handing the car over to Fabio who was making his endurance racing debut. Fabio integrated himself into the team brilliantly over the course of the Prologue and the race weekend, getting to grips with the Oreca, working with his teammates and dealing with pit stops, driver changes and traffic, something he hasn’t been used to in his previous forms of racing. Filipe then returned to the cockpit, to bring the car home to take victory in the opening round of the 2021 season.

Not only did the team take their fifth FIA WEC win and their fifth FIA WEC pole position, but they also scored their fifth LMP2 win at Spa out of the last five events at the track, including wins in the 2018, 2019 and 2020 European Le Mans Series and the 2020 and 2021 WEC events. The team also topped every session including free practice, 1, 2 and 3, qualifying and the race. 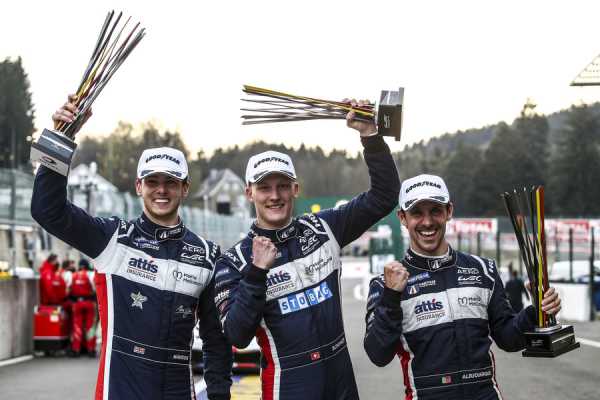 “I’m very happy! It was a faultless performance from United giving us a complete package this weekend. It’s probably the strongest we’ve felt during a race weekend. I think it was impressive that we still managed to get more out the car even though we were at the top and perform the way we did. I started the race from pole, which is the best place you can start thanks to Filipe’s qualifying. I knew I needed to just stay in the lead, which I was able to do. Life is a lot easier when you have the package beneath you. I was happy with my performance too. Massively thrilled to still be part of United and see how strong they have been this weekend. Five race wins at Spa out of the last five appearances here is pretty special. I think this is probably our strongest circuit, which is a great place to start the championship and I now can’t wait for the rest of the season.”

“A dream week for us. P1 since Monday. It was a long week, with the new regulations for us and for everyone. We finished on top which was an amazing job as a group. I’m speechless to be honest. This year is a lot more competitive with great teams and great drivers and still we were making a difference. Congratulations to United for giving us this great car and Fabio as a rookie did a great job. Winning like this, over a minute ahead of everyone is a dream. Five wins in a row for me, Phil and United which is amazing. Maybe we could do all the championship races at Spa!”

“It’s unbelievable to have a weekend like this. It felt really good to top the times in free practice but I still couldn’t really believe how quick we were. And for me, especially as a rookie. I jumped into the car and I saw the gap to second place that my teammates had built up and I think I felt more pressure because I didn’t want to mess up. I thought I could do well, but it was very unknown for me until I settled into a rhythm. I had to deal with all the new things – FCY, driver changes etc. I think I had strong pace which was a great feeling. It’s the first time I’ve driven for so long in a row. It’s an unbelievable feeling to win my first ever race in the WEC.”

“Wow, what a weekend for the WEC team. Completely dominant in all sessions. Great start to the season and the defence of our championship. Fabio had a great first weekend with us, really impressive. And Phil and Filipe, what a team. Hugely proud of United Autosports this weekend.”

“A dream start in defence of our title. We have a new line up with Fabio, who performed really well, a really impressive debut and he’s only going to get stronger, which will only help the team get stronger as the season goes on. It was a pretty dominant performance in every session so I couldn’t be happier.”

Ricciardo: Drive to Survive helped ‘put F1 on the map’ in the US – F1 news

We CRASHED the Grom 10 minutes after NEW WHEELS/SLAMMING IT…