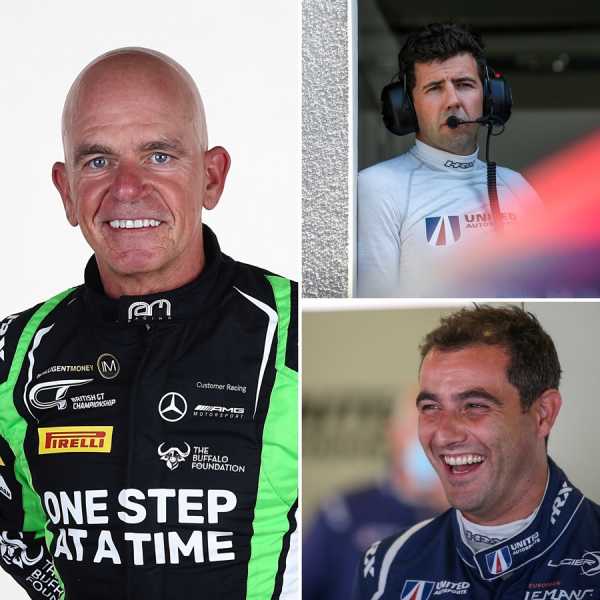 Ian Loggie will be making his United Autosports race debut after testing with the team at Portimao in November. Andy Meyrick will be racing alongside Ian as he returns to United after his first season with them in the Michelin Le Mans Cup. They will be joined by Rob Wheldon who won the 2020 European Le Mans Series with United Autosports in LMP3, claiming three out of five wins throughout the condensed series.

The trio will race together for the first time, although Ian and Andy have previously raced together at the Spa 24 Hours with Bentley.

The 2021 season will be held exclusively at the Yas Marina Circuit in Abu Dhabi, with the first two four-hour races to be held on the corkscrew track layout on 4-6 February with the final two races held on 18-20 February on the Grand Prix track layout.

Ian, Andy and Rob are the first full driver line up to be confirmed for United Autosports Asian Le Mans Series campaign after the team confirmed their entry into the series last month, with Jim McGuire piloting the sister car. Jim’s team mates will be announced at the end of the week.

“It’s always been an ambition of mine to drive in the LMP3 class, but to come straight in after two test days and drive in the Asian Le Mans Series with one of the best teams in the business is just incredible! I’m positive we will be a front running car as my team mates have already proven their pace in the 2020 races and the team has winning credentials from 2020 as well.”

“I’m really excited to be doing the Asian Le Mans Series with United Autosports. I think we’ve got a very competitive driver line up in myself, Ian and Rob. I can’t wait to get there. United have performed well in the series in the past and I think we will be able to continue that. I can’t wait to go racing again.”

“Having had a fantastic 2020 with United Autosports, it’s great to have the opportunity to return in 2021 and I hope that we can continue where we left off. I haven’t raced at the Yas Marina circuit for a number of years, but I really enjoyed the technical challenges of the circuit and look forward to heading back there with Ian and Andy.”

“I am excited to see what this line up can do in Asia. Rob and Andy have previous experience with the team and I’m looking forward to welcoming Ian on board too. I think they will be a quick line up so fingers crossed for some good results.”

“I’m really pleased to welcome Ian to the United Autosports team for the 2021 Asian Le Mans Series. Andy and Rob have both proved themselves this year in the European Le Mans Series, so they will be great team mates for Ian. I’m sure the three of them will hit the ground running in Abu Dhabi and will be a strong line up for the series.”