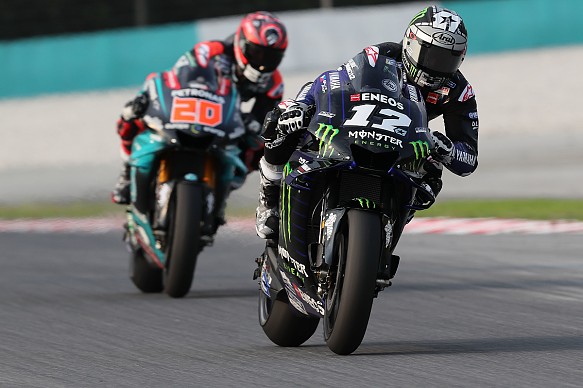 Yamaha has dominated the MotoGP headlines this week, after it announced a new-look team for 2021 and the return of a familiar face as test rider this year.

Maverick Vinales was the first major signing of the ‘silly season’ on Tuesday, as he extended his Yamaha stay by a further two years, while standout 2019 rookie Fabio Quartararo was announced as his team-mate a day later.

Notably, this meant there was no room at the factory inn for nine-time world champion Valentino Rossi – though he has been pledged works machinery and support should he choose to continue in 2021.

With Quartararo and Vinales easily the two fastest Yamaha representatives in 2019, and two of only a handful of riders capable of running world champion Marc Marquez hard at points last year, has Yamaha formed a ‘dream team’?

They also look at the decision to move Rossi out of the works team and why this had to happen, and also delve into the impact Jorge Lorenzo’s return to the Yamaha fold as test rider will have going forward.

The Tank Slappers podcast is Autosport and the Motorsport Network’s regular podcast for all things two-wheeled, and can be found on Apple Podcasts via iTunes, Google Podcasts and Spotify – simply search for ‘Tank Slappers’.