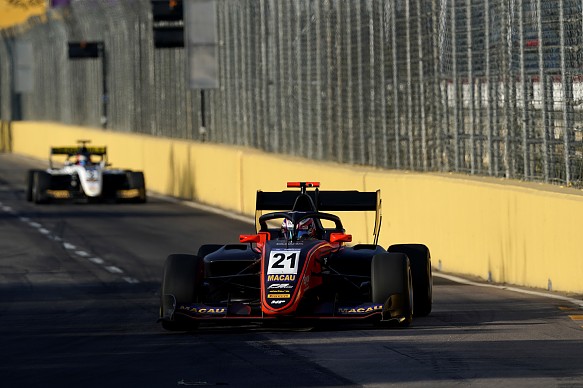 Surprise Macau Grand Prix winner Richard Verschoor has revealed that he clouted the wall while leading the race, which bent his steering and almost cost him victory.

Verschoor dived down the inside to lead event dominator Juri Vips after a safety car restart, and while Red Bull junior Vips stayed close, he was unable to find a way past including a move where he ran wide at Lisboa.

Just after, Verschoor touched the wall and it meant he had to fight to keep his car on the road.

“I tried to push really hard, but then suddenly I just touched the wall,” Verschoor told Autosport, he and his MP Motorsport team winning at their first attempt in Macau.

“All race I was fucking on the limit all the time, so I just did a bit too much.

“Suddenly I turned to the right and I had to steer 90 degrees so I knew there was something wrong.

“That for sure didn’t make me quicker.

“I really thought I wouldn’t be able to keep up with him but I adapted quickly and we made it.”

Verschoor was dropped by Red Bull in 2017, and has since been given favourable deals at MP where he has contested GP3, F3 and Formula 2 thanks to the support of team boss Sander Dorsman and team owner Henk de Jong.

He is the first Dutchman to win the race and the first rookie since Keisuke Kunimoto in 2008.

“It’s incredible, to be the first Dutch winner is of course really nice and historical,” said Verschoor, who finished 13th in FIA Formula 3 this year.

“I still can’t believe what we just did.

“We were really not like how we showed this year, I’m sure that next year will be a lot better.

“The team always kept believing in me and they show me so much. To give them this back is incredible for me.” 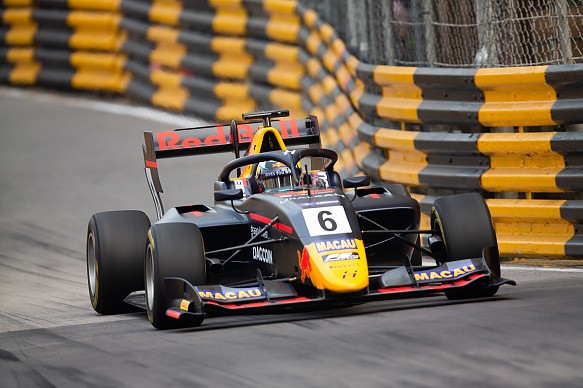 Hitech Grand Prix driver Juri Vips dominated the Macau weekend, but said that the lack of DRS for a lap robbed him of victory in the Grand Prix.

Vips led at the start but was passed by Verschoor shortly after a safety car restart. His DRS wouldn’t open when he tried to retake the spot later on.

In a consequent attempt at Lisboa, Vips braked too late, ran wide and his tyres were too worn to help him retake the lead.

“I really think I would have won because DRS makes around a 15kph difference and I had my nose in front,” Vips told Autosport.

“Even without the DRS our pace was much faster.

“In Macau I’m really proud of the team, they have given me a great car all weekend. Just a little bit disappointed with the end result.”