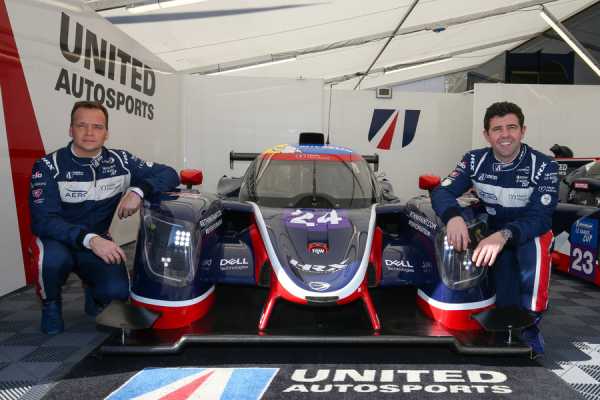 United Autosports are happy to confirm that Daniel Schneider and Andy Meyrick will rejoin the team for their second season in the Michelin Le Mans Cup in 2021.

The pair joined United Autosports for the first time in 2020, racing the #24 Ligier JS P320 in the six-round series. They scored a season best third place at Paul Ricard and finished fourth at the prestigious Road to Le Mans event. Their aims for next season are to continually visit the podium, while scoring race wins and to be challenging for the championship.

Daniel and Andy join already confirmed Gerry Kraut and Scott Andrews who will join the team for their debut season after the change in schedule for 2020 forced them to delay making their United Autosports debut.

“2020 was great, it was a learning process and I’m really happy with what the team has done and that’s why I’m returning next year. The car is always quick and reliable and if we have a problem the team solves it really quickly. I’ve loved working with Andy and he has become a friend now, not just a team mate. I’m really looking forward to going back to Le Mans and I have some unfinished business with Spa so I can’t wait to get going.”

“We had a mixed season in 2020 but I loved it. We showed lots of potential and performance and we’ve learnt a lot and I think we’ve put ourselves in the perfect position to be able to put a championship campaign together for next year. I’m really proud of the job the team and Daniel have done this year so 2021 should be great. The goal is to maximise every weekend and to go for the championship.”

“I’m delighted Daniel and Andy are returning to the team for 2021. They had some back luck this year, but now they have got their first season under their belts, I’m sure they will return to the Le Mans Cup fully ready to fight for race wins.”

“Daniel and Andy had a great debut year with us, the highlight being their podium at Paul Ricard. They had their highs and lows, but have always gone away from a race weekend having learnt something and that was the aim of their first year with us. Daniel now knows all the circuits so I’m sure they will hit the ground running in 2021.”