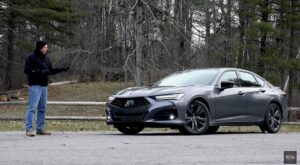 Acura’s just an SUV brand, right?  Well, that’s not entirely accurate though the RDX and MDX do outsell Acura’s 4 cars combined by nearly 3-to-1. But Acura’s here to remind us that their cars are still worthy of the caliper badge and that begins with one of their many underrated models, the TLX.

Two sedans, 2 SUVs and a supercar; that’s what Acura is producing these days.  But the car portion has struggled to draw an audience in recent years as the utilities have taken center stage. 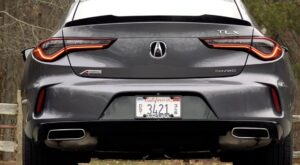 Enter the 2021 TLX – their premium sports sedan relaunched for its next act and this one is a blockbuster.  A dedicated platform, double-wishbone suspension, turbocharged VTEC engine, super-handling all-wheel drive; these are the cast members that’ll have Acura devotees coming back to the showroom.  Just one thing; the role of the stick shift is played by a 10-speed auto with paddle shifters. 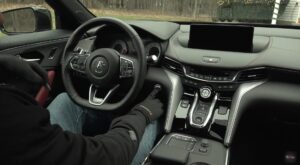 But don’t worry – it’s a worthy understudy.   This here is the TLX A-Spec; a sport appearance package that brings you as close to the upcoming high performance Type S as possible.  No, it doesn’t distinguish itself mechanically from the other trims but it does bring the look; specific 19” wheels, gloss black trim, piano black rear styling, red sport seats with black suede inserts, flat bottom steering wheel, sport pedals and red gauge illumination highlight the A-Spec offerings. 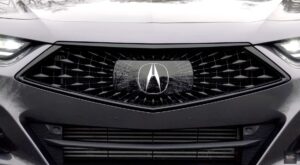 A base front-wheel drive TLX starts at $38,525 while this all-wheel drive A-Spec comes in at $47,275.  Until the aforementioned V6-powered Type S arrives next spring, the sole engine offering is a 2.0-liter turbo-4 which is de rigueur for the premium compact segment. 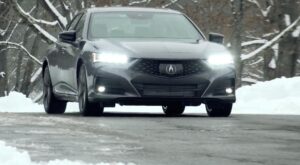 But Acura’s bringing the heat with 272 horsepower and 280 pound-feet of torque – numbers that best just about every other car in its class.  But this is where numbers don’t tell the full story because the TLX’s 0-to-60mph time in the low 6s is slower than the rest of the pack but this car never feels slow and its nearly 2 tons never feel heavy. 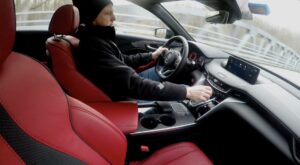 That’s because the TLX is a handling machine that creates a sporting environment for the driver – from the perfect position, adjustably bolstered driver’s seat to the right-sized steering wheel and exciting, albeit electronically enhanced sounds from the engine Acura creates a visceral experience with which drivers will connect. 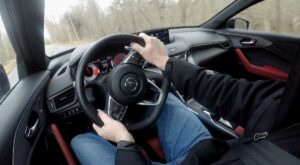 This car makes you feel something when you’re driving and I’ll take that over a faster more diluted model any day.  Though an adaptive suspension is reserved for the Advance Package these 2-stage reactive dampers don’t leave me wanting as the TLX exhibits a dynamic range that delivers high levels of agility and comfort.  I’m surprised that the A-Spec doesn’t come with a higher performing tire choice, however. 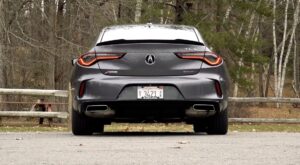 These Michelin Primacy all-seasons have shown up on a number of cars I’ve tested recently including the Toyota RAV4 Hybrid so even though they’re quiet and have done a decent job in the snow, a summer-use option would be welcome. And yes – it’s been very cold this week with an historic snowstorm thrown in for good measure so I’ve had many mixed surfaces to drive on and the front-to-rear and side-to-side nature of this quicker reacting, 4th gen Super Handling All-Wheel Drive system is what makes this car such a winner. 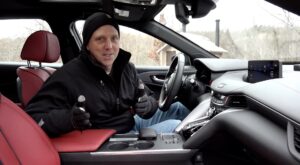 I really love this TLX.  It is hands-down one of the most fun-to-drive cars I’ve tested this year.  I don’t care if it’s front-wheel drive-based or not, this car is an absolute blast to take out on backroads. 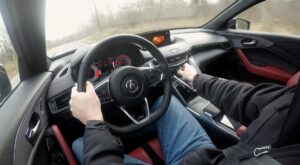 It reminds me a little of the RLX Sport Hybrid that unfortunately nobody paid any attention to because this torque-vectoring all-wheel drive system is just that good.  And it doesn’t even have the benefit of sport tires yet this dialed-in chassis with superb steering feel makes the TLX seem invincible through the turns.  And the suspension tuning is perfect for tossing this car around – as the driver, you feel involved and excited to take on the next curve.  It really is a beautiful sports sedan drive. 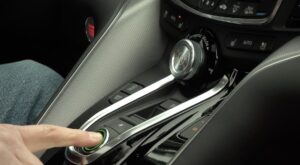 Dial into sport and you get these cool graphics, red accent light color, heightened throttle response, higher steering effort, more responsive handling and racier sounds.  Additionally there are comfort, normal and individual settings.  The shifter buttons are a little clunky to use, otherwise I really like the driver controls. 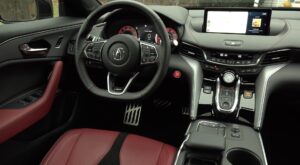 Acura’s touchpad interface debuted on the redesigned RDX and they have gone to great lengths to explain why it’s better than the Lexus setup which is inarguably the worst infotainment controls on the market. And while I can say that it is better it’s still not at all what I would prefer and frankly lowers my overall impression of the car. 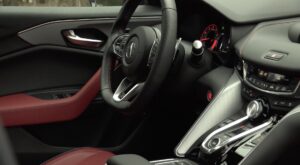 And having just driven the Lexus ES, I’m going to amend this statement some…I might prefer the Lexus pad…it’s a shame Acura’s screen wasn’t within reach of the driver because in the 14 days total I’ve spent with this system it’s been frustrating and has lead me to avoiding its use.  But it does house one of the most immersive sound systems I’ve tested – the 17 speaker ELS Studio 3D integrates speakers into the rear headliner, wrapping you in sound.  It’s an amazing get that’s standard on this model. 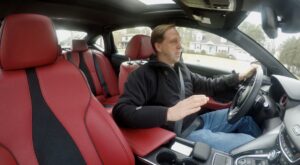 What I want from the back of a compact sport sedan our seats that are contoured which hold the passengers in place. After all, some sporty driving will ensue and you want everyone to be comfortable. And indeed the TLX delivers on that including some suede inserts they keep you from sliding around on the leather. But that’s just about it back here. You get a couple events and no USB ports. 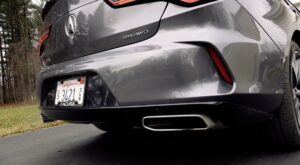 Dimensionally, all of the cars in this segment are nearly identical in both passenger and luggage volume – though the TLX offers the largest trunk at 14 cubic feet.  Where it doesn’t compare particularly well is at the pump where its 24mpg combined rating trails the BMW 330i and Audi A4 by 4 MPGs. 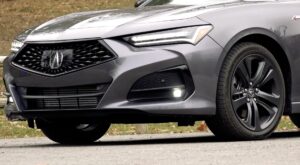 Longer, wider and lower it’s a great looking car and at this price point makes excellent sense.  It’s all of Acura’s best traits in a fun-to-drive, reasonably priced package.

Ezpeleta: “There will absolutely be a 2020 MotoGP season” – MotoGP news

Asking 5-Star Hotel Guests How They Got Their Supercars

How to get a free Bugatti