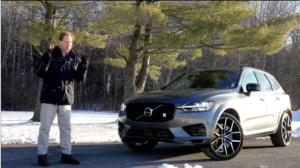 Before Polestar became its own electric performance car brand it was Volvo’s hot rod shop, adding some Swedish zip to select models.

But the name still lives on in the new 60 series models – referred to as Polestar engineered with a go faster persona. 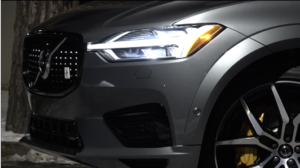 The XC60 is Volvo’s best-selling model globally and is the brand’s number 2 here in the States.  It’s a midsized, 5-passenger SUV built in both China and Sweden with U.S. imports delivered from Europe. 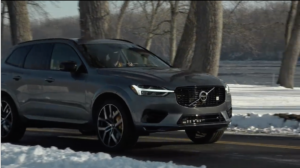 We took the plug-in hybrid variant known as the T8 on vacation 2 summers ago and though I enjoyed my time with it, I concluded that the non-electrified T6 model was probably the best way to go. 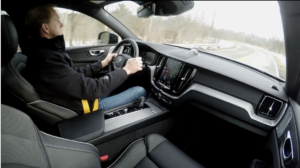 But this new range-topping Polestar Engineered has caught my attention.  Compared with the standard T8, this one has had its hybrid powertrain tuned for a nice little bump to 415 horsepower and 494 pound-feet of torque; arresting numbers for sure. 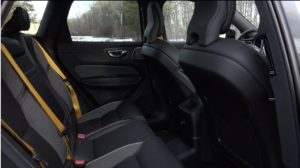 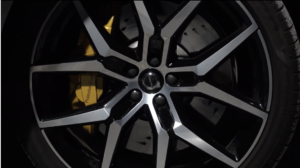 A touch of gold shines through these rotund 22” wheels with flashy brake calipers and dampers matching the seatbelts inside.  A gloss black grille surround and black chrome exhaust tips compliment the cool Polestar badges to let the world know this is one special Volvo 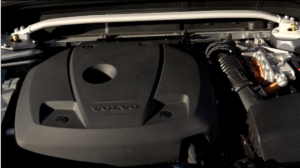 Since my last XC60 evaluation, a trio of important changes has taken place: for 2020, the battery size has increased eking out one more mile of pure electric driving from the previous 18 to the current 19, the gas tank has grown significantly taking the total driving range from 370 miles to 520, and the federal tax credit for this PHEV has increased by over $400 to $5,419. 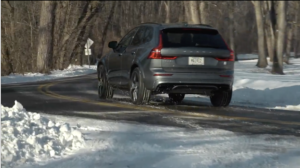 Now, I really wanted to gorge on these Polestar upgrades to see just how racy this XC60 has become but unfortunately Mother Nature had other plans so my appetite had to be sated by a mere appetizer. 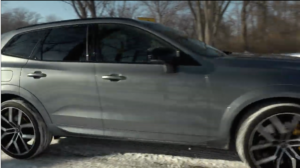 Winter has barely even started and we’ve already had record breaking snow and cold which has severely dampened my Polestar fun because these Pirelli P Zeros are as ill-suited to these conditions as any tire I’ve ever tested, slipping and sliding and not stopping even in dry conditions Still, I can ascertain that the XC60 Polestar is the real deal – it’s an electric kind of fast, treats its occupants to some racy engine sounds, has a noticeably firmer suspension, and a louder cabin. I absolutely love the looks and the interior is tastefully sporty. 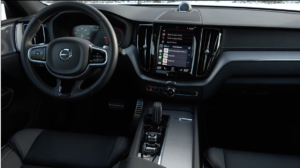 Pop the hood and these adjustment knobs offer 22 settings of varied firmness to the ride quality.  The ones in the rear are a little trickier to access and require raising the vehicle with a jack.  Now, I noted previously that even with the optional air suspension the XC60 felt a little stiff and despite Ohlin’s reputation for improved comfort and performance this one drives with even more rigidity, though admittedly I did not dial in all of the settings. 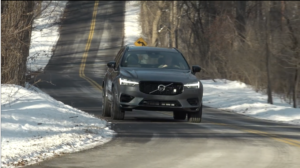 It’s factory position is 10 while Volvo recommends 4 for performance and 15 for comfort.  This XC60 comes standard with 21” wheels fitted with Pirelli Scorpion all-seasons.  These 22”s add $800 and considerable street cred.  But in this neck of the woods during the month of December sure-footed grip has been elusive.  Volvo’s official stats list the Polestar’s 0-to-60mph time at 4.9 seconds – exactly that of the 2018 T8 I tested but now, presumably due to the gas tank’s bigger size that model checks in at 5.0-seconds flat so for what it’s worth the Polestar is a 10th of a second quicker off the line. 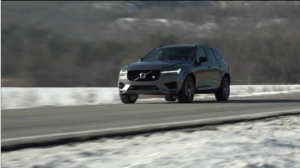 In this XC60, the Power drive mode is called Polestar Engineered, changing the throttle response, gear shifting program of the 8-speed auto and turbo boost.  There’s a distinguishable deep burble too though it’s only heard by the occupants.  In the default Hybrid mode, press the gas pedal deeply enough and the turbo- and supercharged 4-cylinder engine will fire even with EV miles left on the battery.  It’s rated at 57MPGe with a fully charged battery, 27mpg once it starts operating as a typical hybrid. 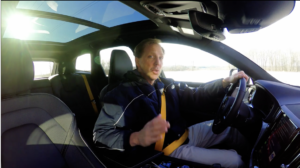 Features-wise this XC60 comes standard with everything you see in here and that’s a lot.  Though it’s not perfect I’ve come to enjoy Pilot Assist for some semi-autonomous driving capability, a heads-up display is always a welcome addition, the stunning 15 speaker, 1,100 watt Bowers & Wilkins Sound will keep you sitting in your garage just to continue listening, the grippy front seats are perfect for a sport model, and the infotainment system, though very busy, is also something I’m coming around to. 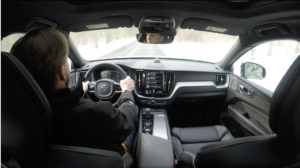 The thing I dislike the most continues to be the shifter which requires a double pull for drive and reverse. 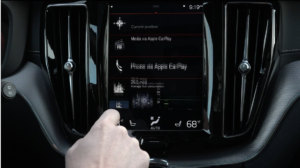 
Yes. But if you want the most robust XC60 experience, this all-wheel drive, plug-in hybrid Polestar Engineered with a couple of options stickers for $30,000 more.

I SURPRISED MY EMPLOYEE WITH HIS DREAM CAR!

Cutting my 2020 Supra for the StreetHunter Kit!