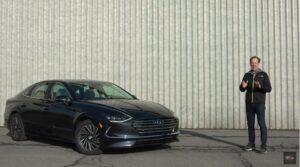 Hyundai has long since offered their popular family car in hybrid form and that tradition continues with the all-new 2020 Sonata and this one not only gets a big bump in fuel economy but it’s also the best Sonata in the lineup.

The new Sonata flaunts provocative styling, a Lexus-level cabin and large car dimensions at a very accessible price.  But the turbocharged Limited model didn’t exactly do it for me in terms of drivability and its fish face is a turn off. 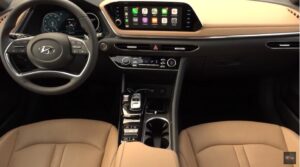 This new Hybrid, however, corrects those shortcomings.  Now, typically when an electric motor joins the powertrain it requires you to make sacrifices as to how the vehicle drives in exchange for savings at the gas pump.  But the Sonata Hybrid has it all figured out.  It doesn’t feel limp when you press the accelerator, there’s no droning CVT, the shifts are crisp and it stops largely absent of odd brake feel.  Combined with its sophisticated styling and an over 50% increase in gas mileage, the Hybrid is the standout winner in the Sonata lineup. 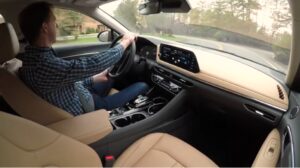 Hyundai has employed a number of techniques to get the MPGs up on this model not the least of which is aerodynamics to help it slip through the air. And one of those is active air flaps behind the grille which automatically close when less engine cooling is needed. 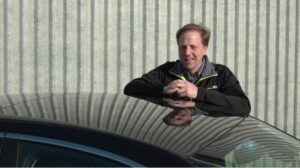 It’s not often that the sun shines where I live but this is one cool feature.  It’s a solar roof panel and it’s used to capture the sun’s energy to charge both the 12V and hybrid batteries and it can add about 2 additional miles of driving per day. 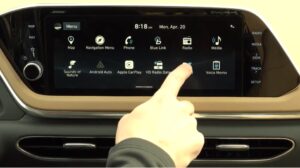 The base model known as the Sonata Hybrid Blue is rated highest at 52mpg in combined driving but these lavishly equipped Limited trims drop to 47mpg…still a 15% improvement over the outgoing model while retaining the 2.0-liter gas engine and a 6-speed automatic to produce 192 total horsepower.  Eschewing the hybrid-friendly CVT, Hyundai has engineered what they call Active Shift Control that more precisely regulates the 6-speed transmission so that it better aligns with the electric motor’s rotational speed resulting in smoother gear changes and quicker shift times.  Switch into Sport mode and the Hybrid is fun-to-drive with a unique gauge display, paddle shifters and a powertrain more eager to please an aggressive driving style.  It’s a hybrid that doesn’t resist a curvy road and handles itself without any need for excuses.  I really like Hyundai’s drive mode program…particularly Smart mode where the car reacts to your driving style and there’s an Eco mode; the only one I’ve ever tested that doesn’t drive me nuts.  It actually works well and provides lots of pure EV driving.  And yup – the advertised mileage is real…my weekly average is simpatico with the EPA.  Another bonus is that the gas tank and lithium-ion battery pack have swapped places resulting in a trunk that is now 2.5 cubic feet more voluminous boasting a large 16 cubic feet with split fold rear seats. 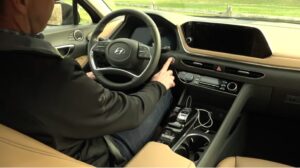 This Limited’s cabin is about as close to perfection as it gets.  You’re immediately comfortable and the layout is as intuitive as they come.  There’s almost no learning curve here and, of course, that is by design because Hyundai simply knows how to make all of this stuff just work much like your smartphone.  And the electronics in here are better than in some cars costing 3 times as much. 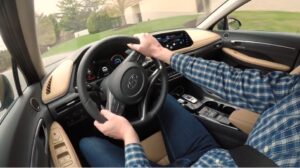 The smart design of where controls are located and how electronic interactions work should be a benchmark study for the industry.  I only wish Hyundai had used this car to introduce wireless Apple CarPlay to the brand and there’s still no height adjustability for the passenger’s seat.  And if such things concern you, a sunroof is not compatible with the solar roof ironically enough and the smart park feature is also absent here.  But the Limited’s feature resume is overflowing with ultra-premium goodies including heated and cooled seats, heated steering wheel, a color heads-up display, wireless charging, a Sounds of Nature feature that can sooth while you drive, selectable ambient lighting, phone as a key technology that works exclusively with Android devices, remote start on the fob and the full pantry of driver assist features that works better than those from other brands including smart cruise control that can steer and stay in its lane beautifully and a surround view camera.  The rear seats are long on legroom and include window shades and the smart trunk feature works better than kicking the foot. 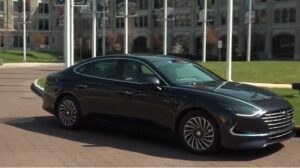 I can’t recall every preferring a hybrid over its gas-only counterpart before but that is indeed the case here.  The Sonata Hybrid is quieter, smoother and looks better than the Limited gas model I recently tested.  It is a great hybrid with a fluid powertrain, uncompromised trunk, and stellar gas mileage of around 47mpg. 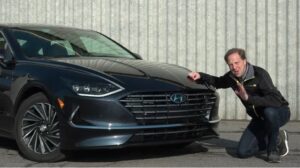 Now, if I could adjust one bit it would be to make the suspension more compliant over rough surfaces. Official pricing has yet to be released but a loaded 2019 Sonata Hybrid Limited stickers for about $35,000.  I would expect this one to be more but still under $40,000.  And no word on whether the plug-in hybrid is also making a return.